The building is situated on a site encompassing three quarters of a block between Váci út and Lomb utca, where several office buildings of varying ages and conditions are located. The client’s goal was to strengthen the internal connections and coherent identity of the heterogeneous building complex with a park located inside the block.

On the main floor, the design concept focuses on extending the park: leading the way from the Forgách utca entrance, a new pedestrian passage climbs onto the top of the two story parking garage and ‘spills’ into the lobby of the new building, which is surrounded by new office annexes.

The designed building was constructed on the existing underground structure of a previously discontinued development project, which significantly predetermined its spatial organization.

The eight-story volume of the building is lower towards the park, and is vertically articulated in the Forgách utca wing, where it aligns with the cornice of the 1920s Balance Loft building, whereas in Lomb utca, instead of conforming, it predetermines the future scale of development within the adjacent building lots.

On the lower levels, the plastered, planar surface of the façade echoes the architecture of the neighborhood houses, whereas the upper part of the building is cladded in expanded metal mesh: a sculptural ‘lace’ that reflects on the height of new developments in the area. 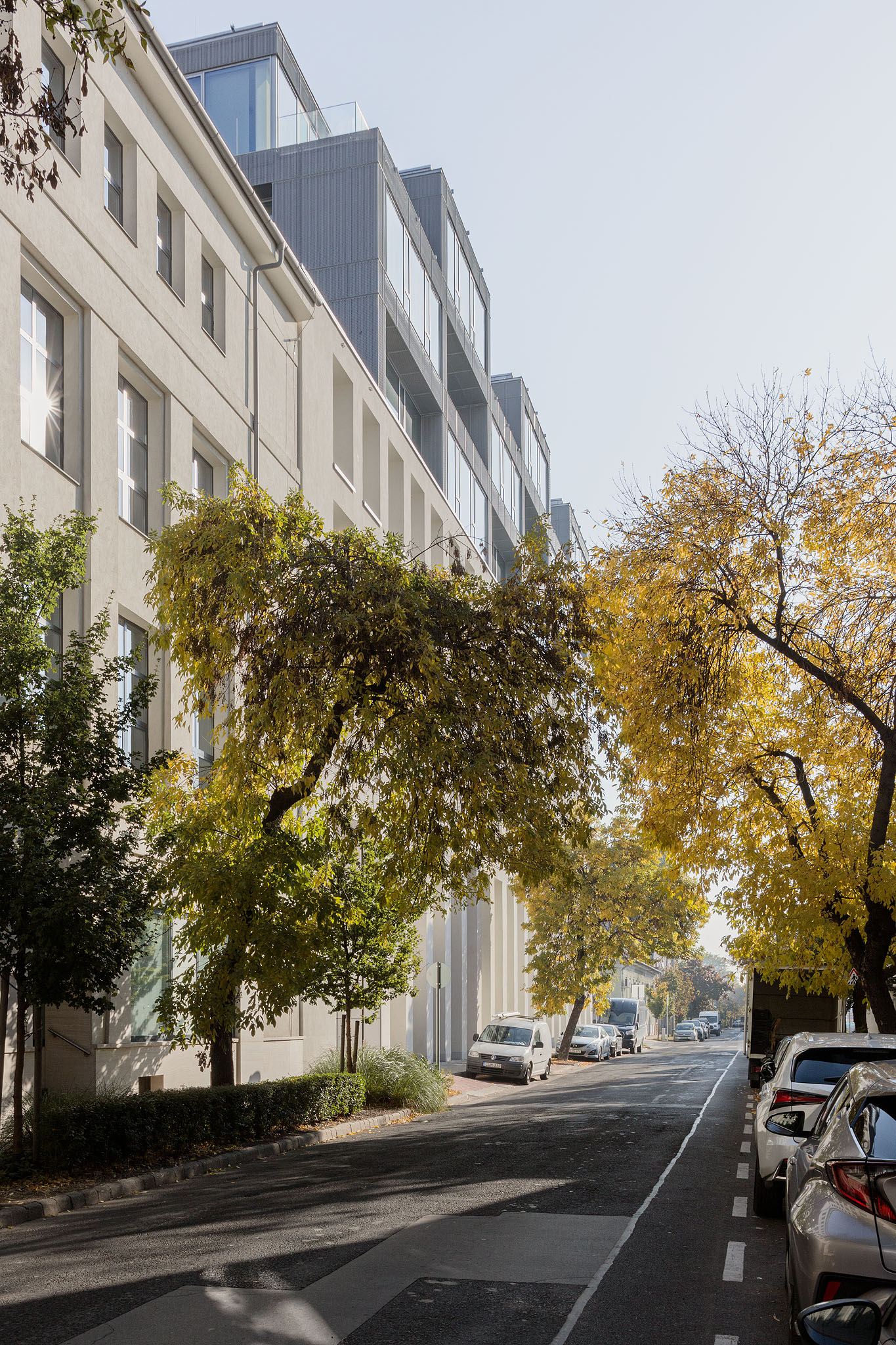 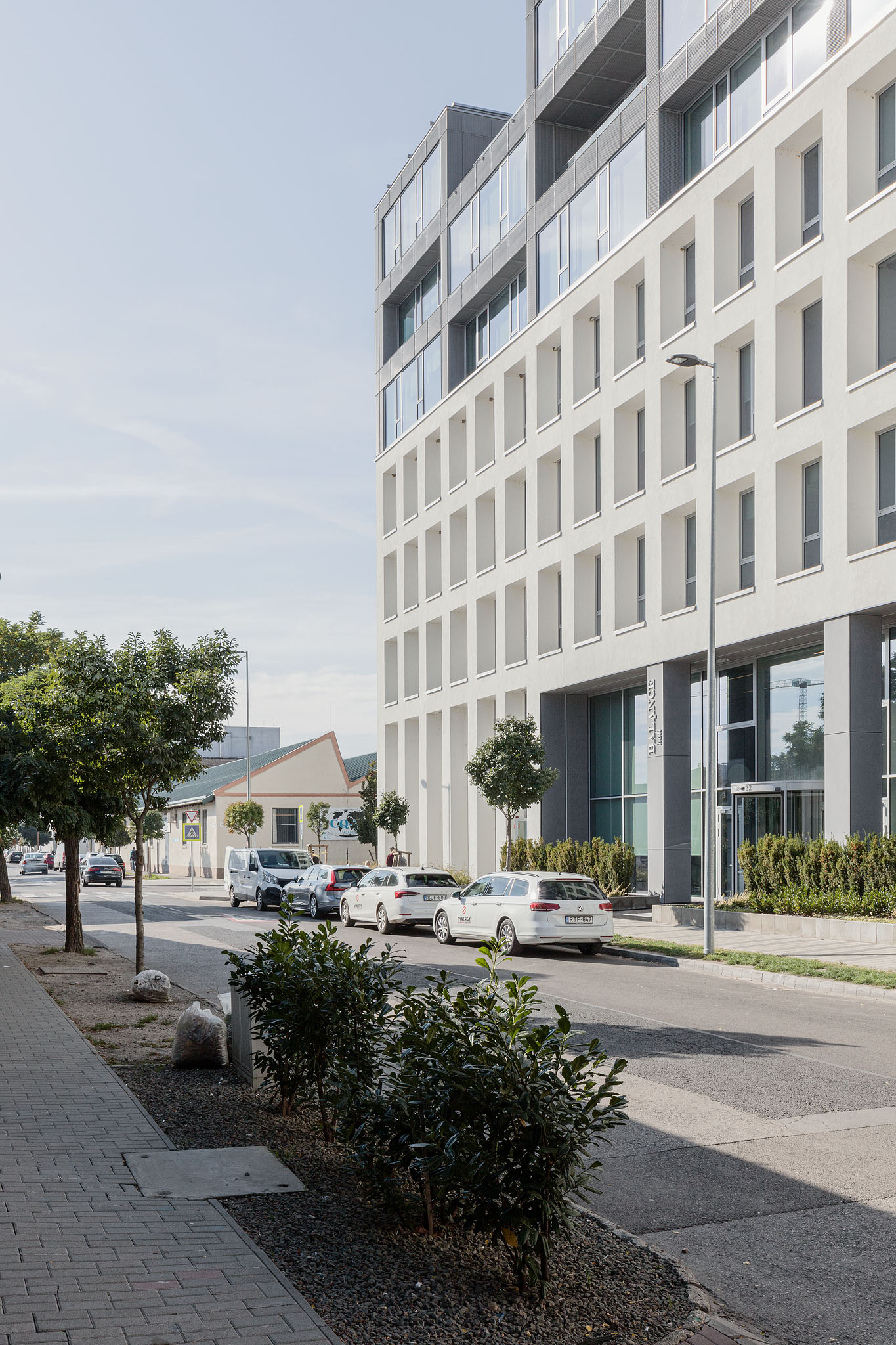 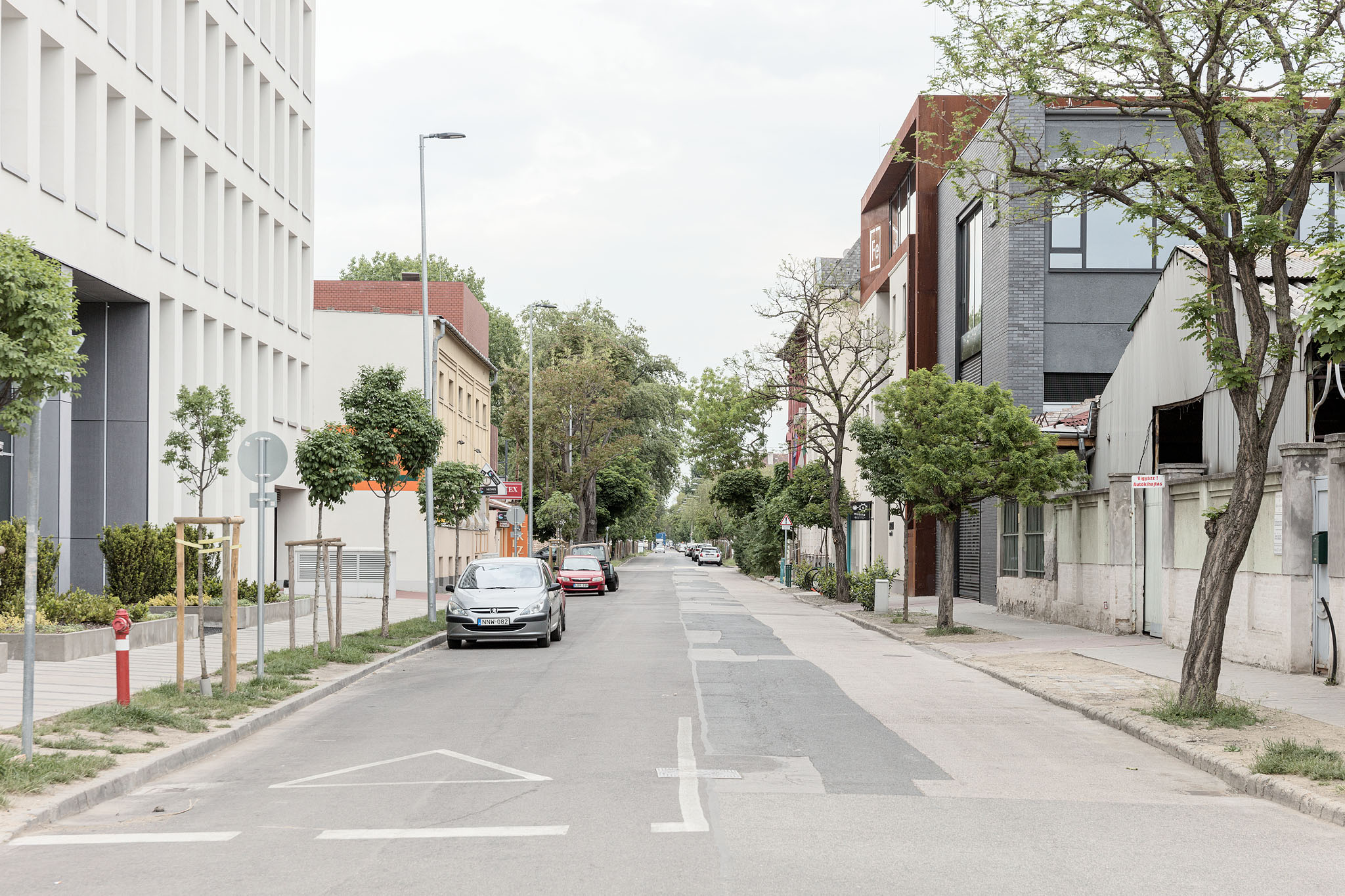 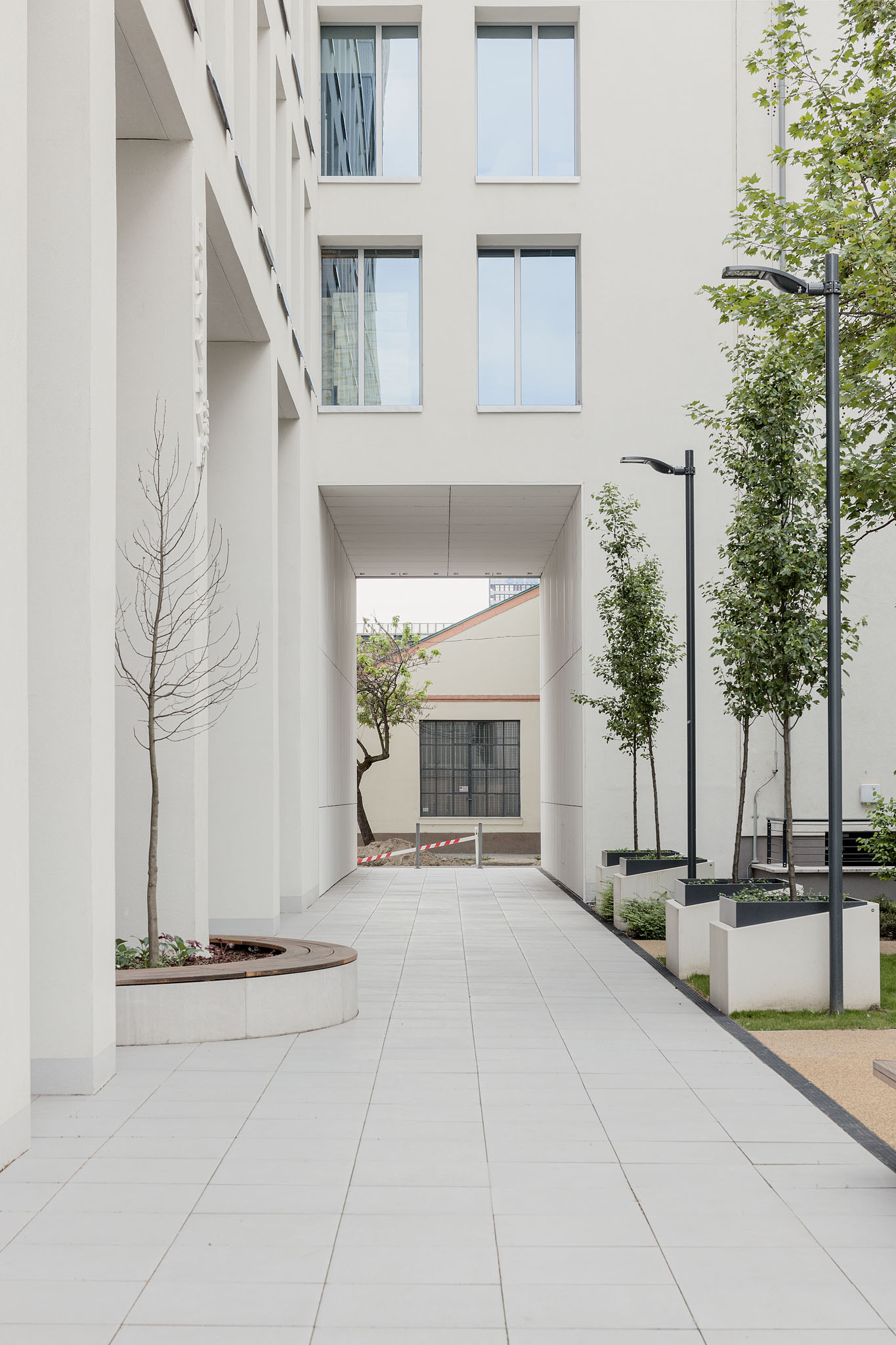 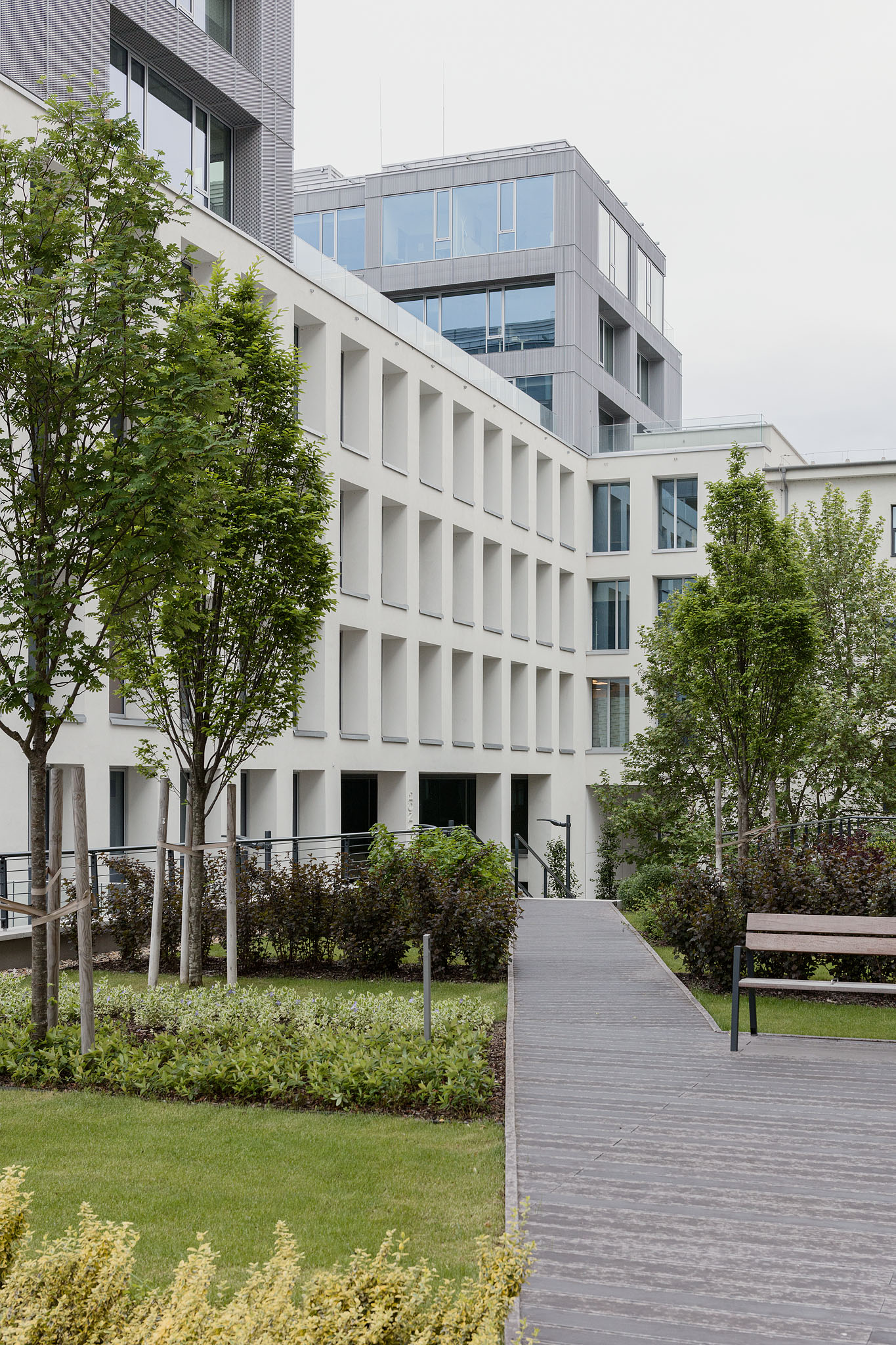 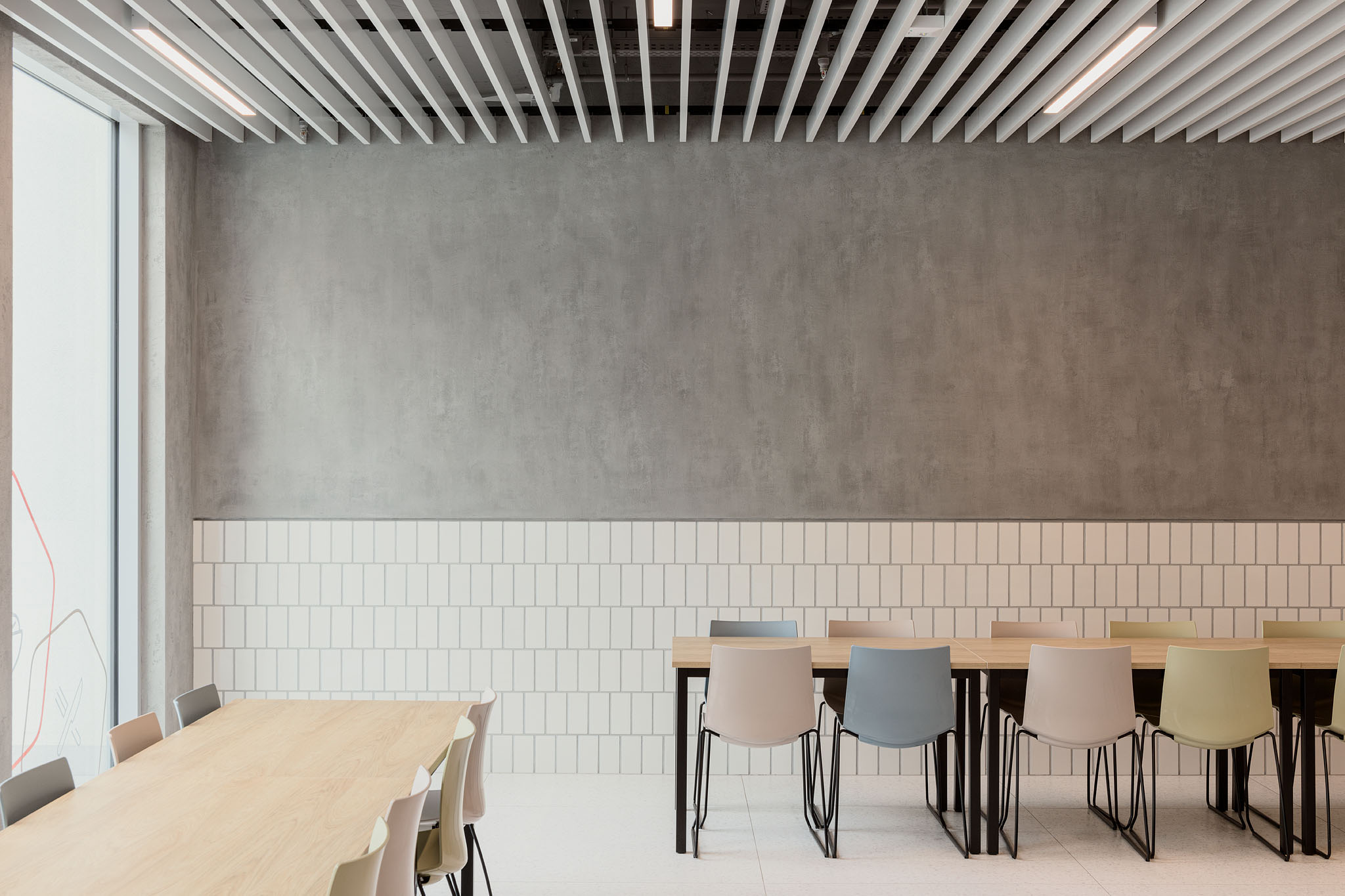 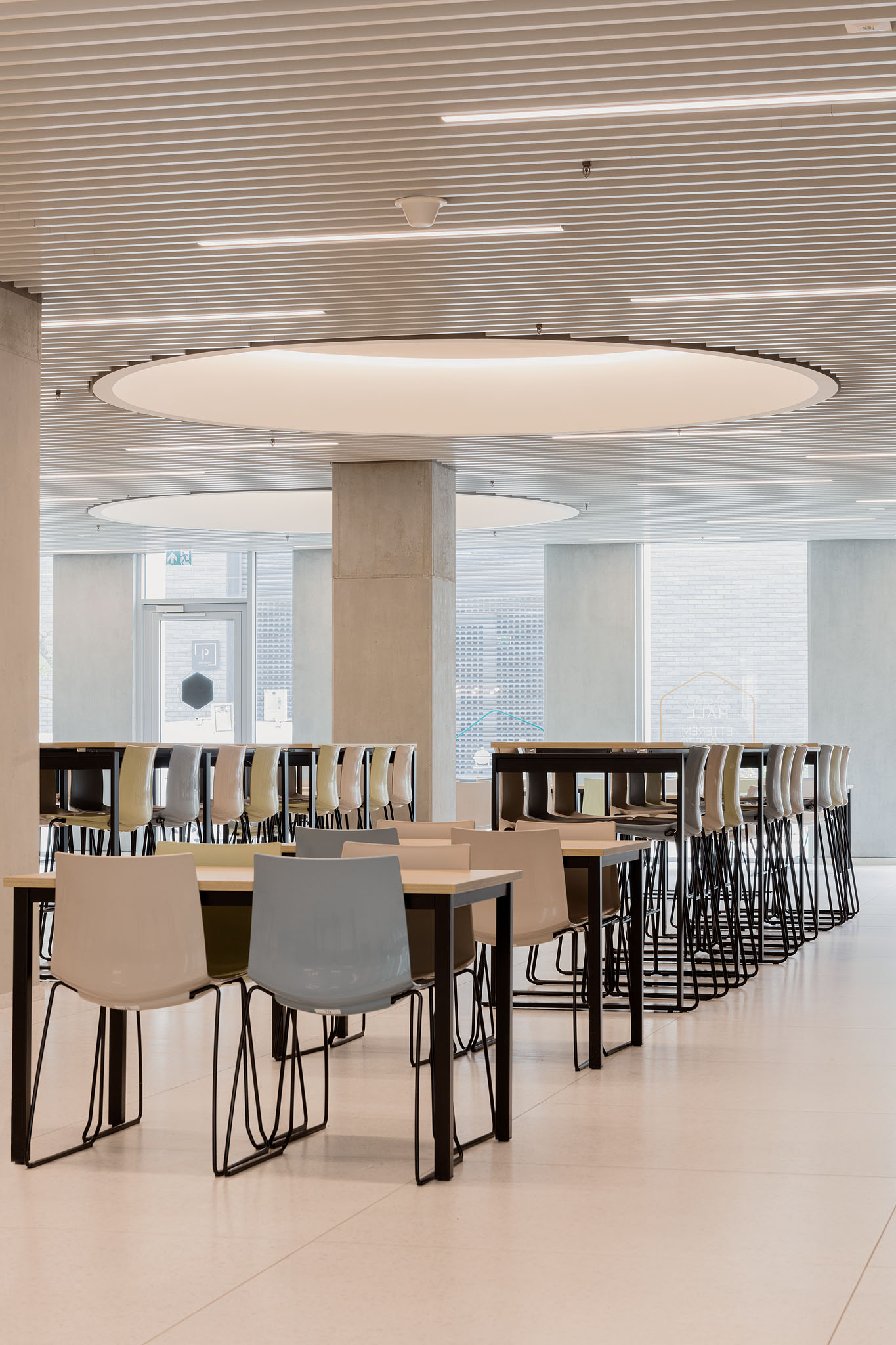 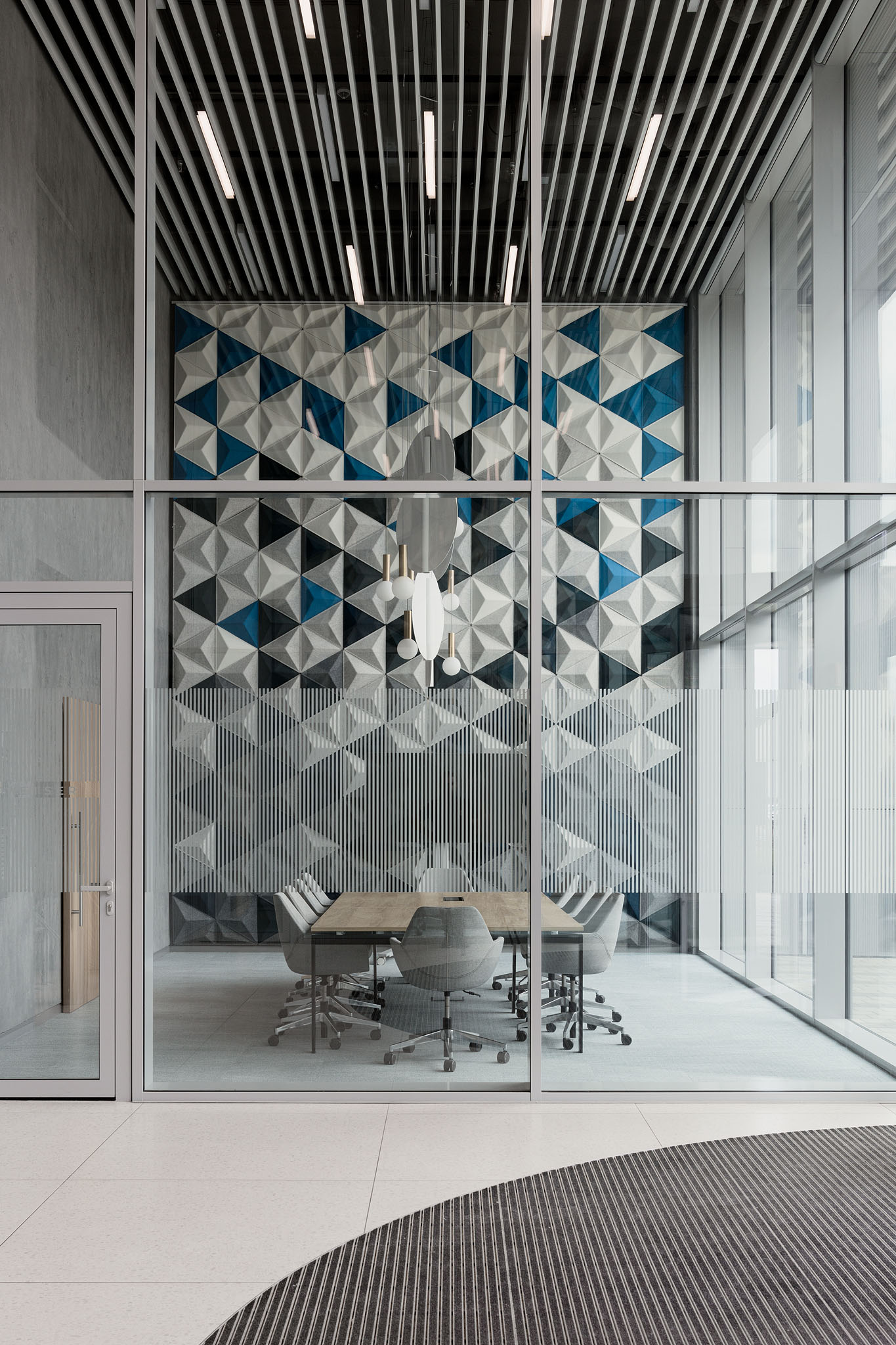 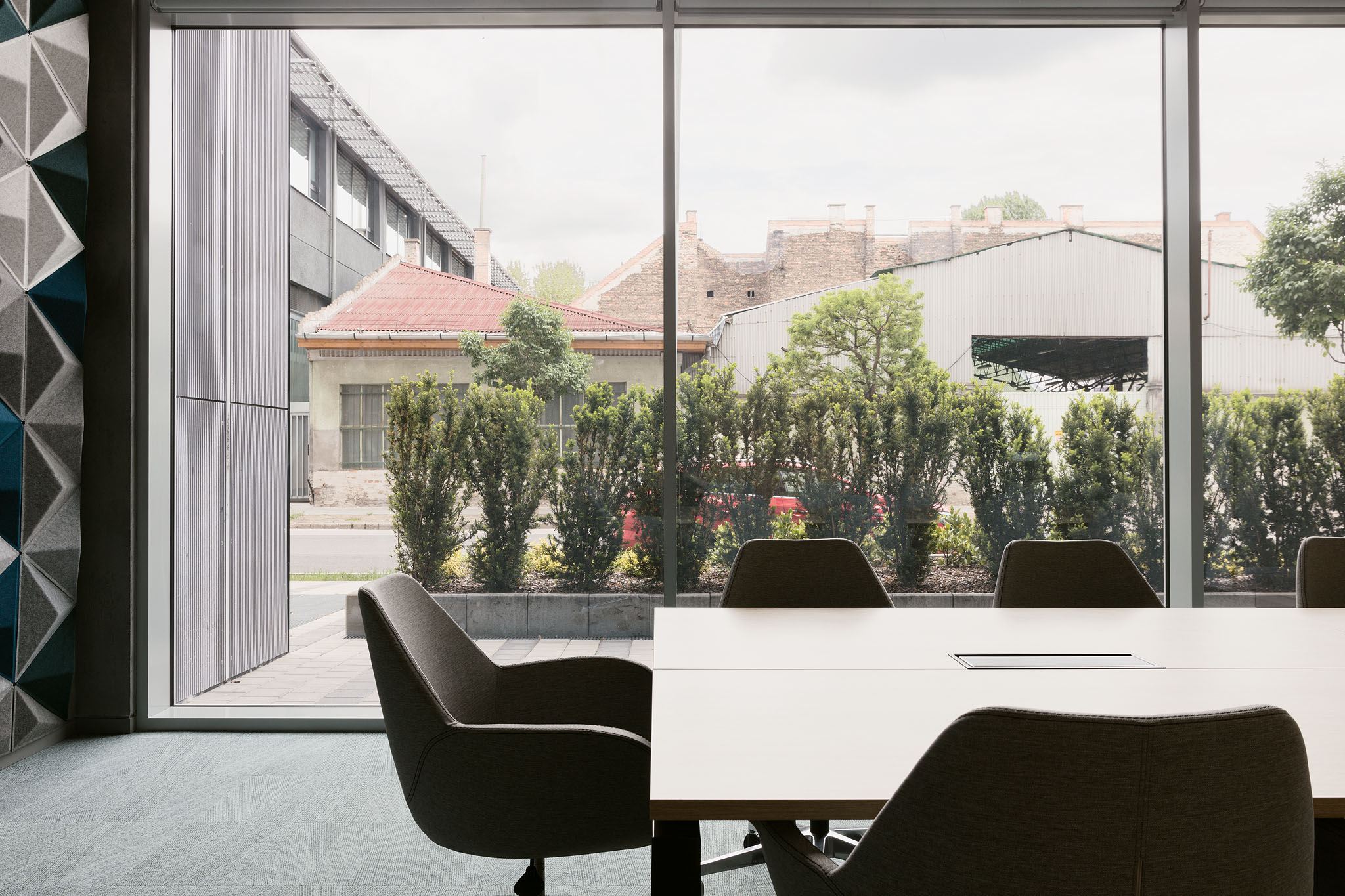 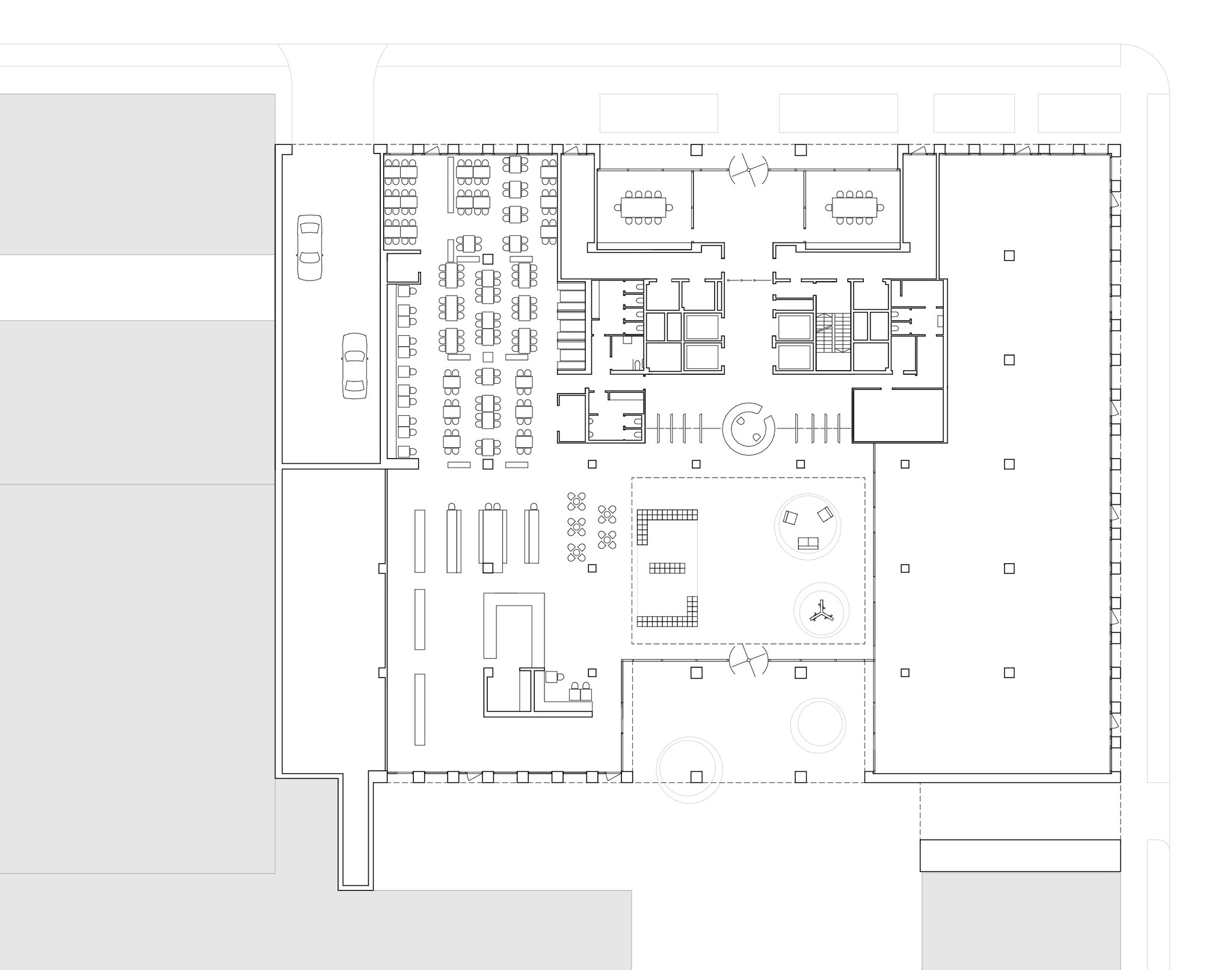 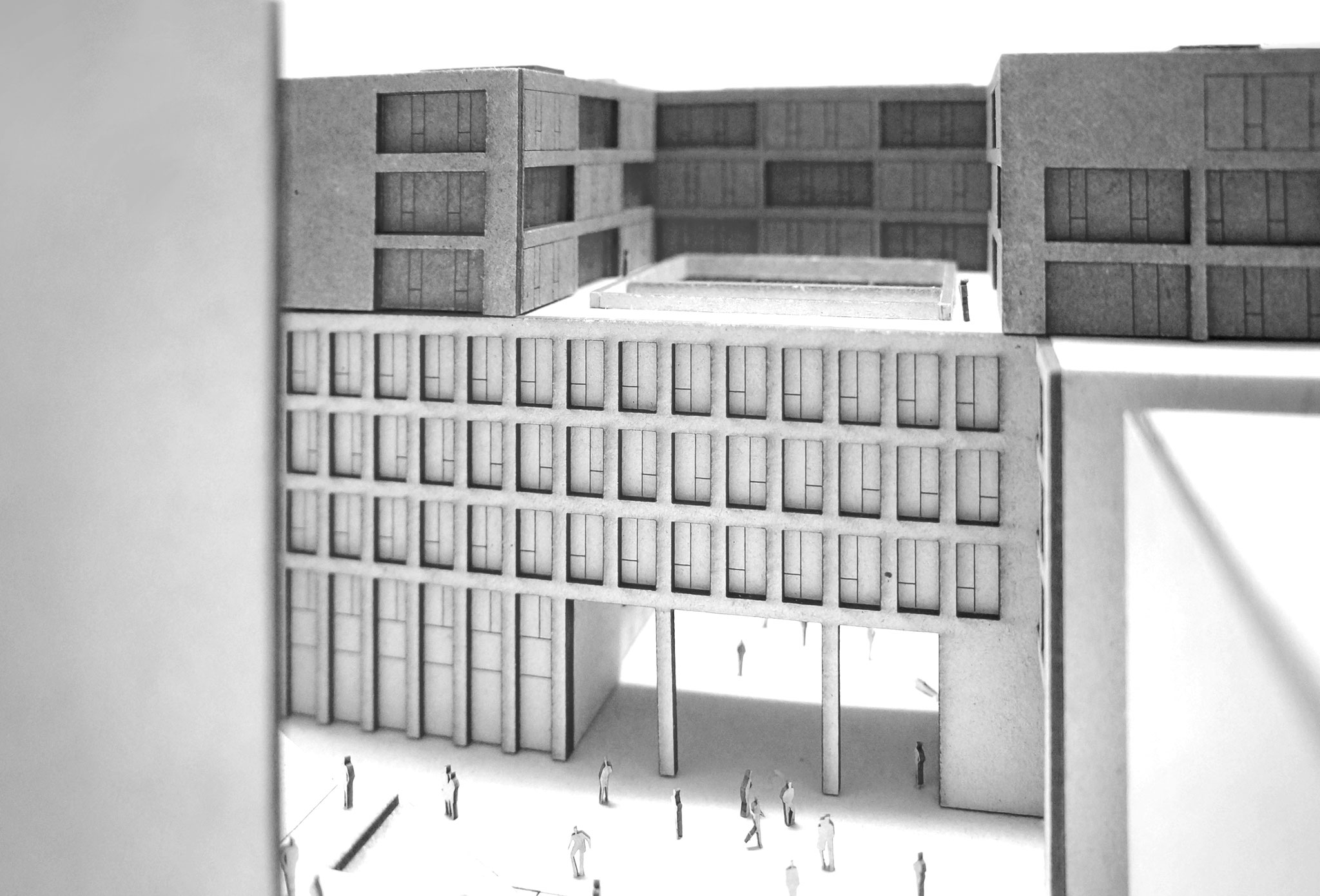 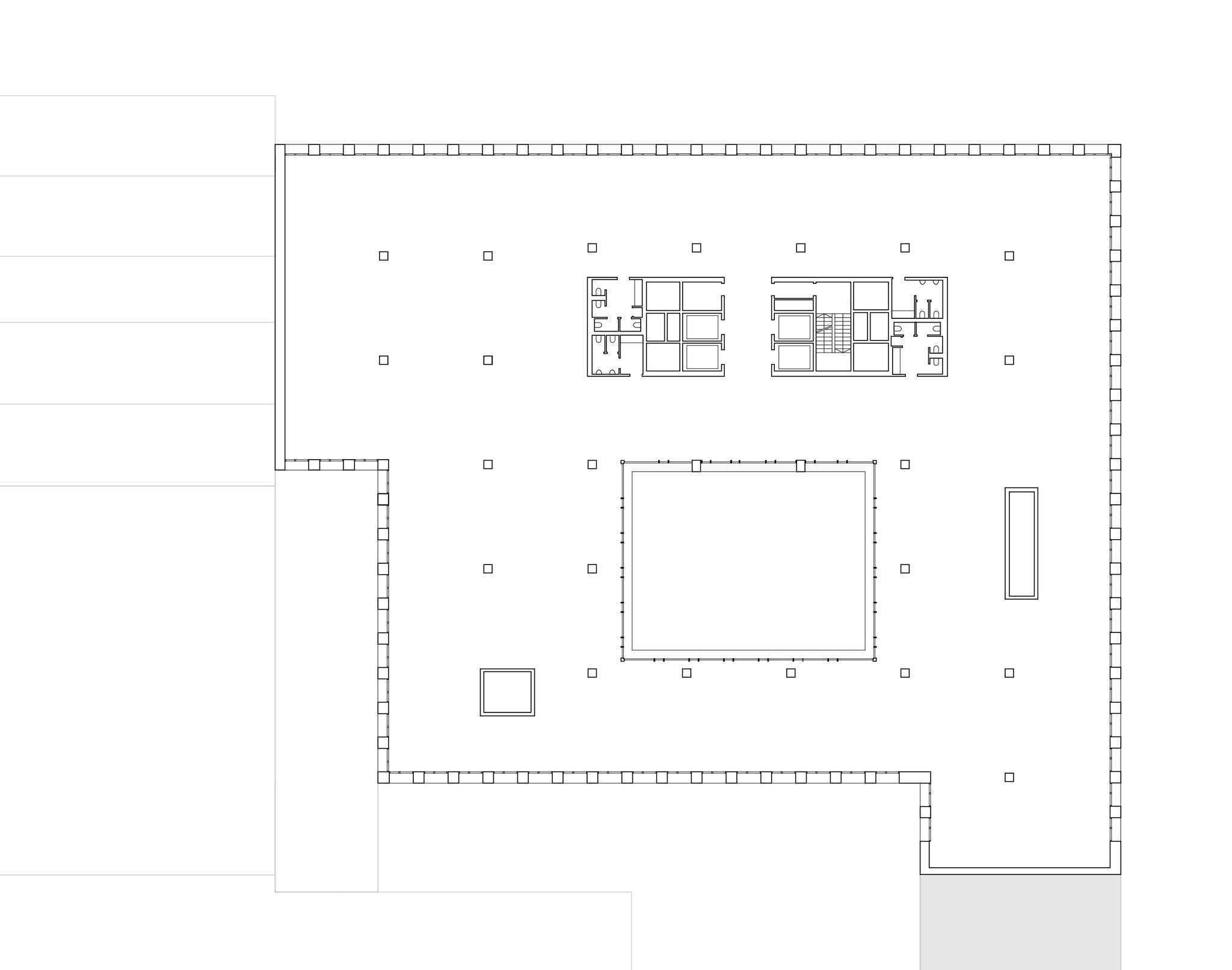 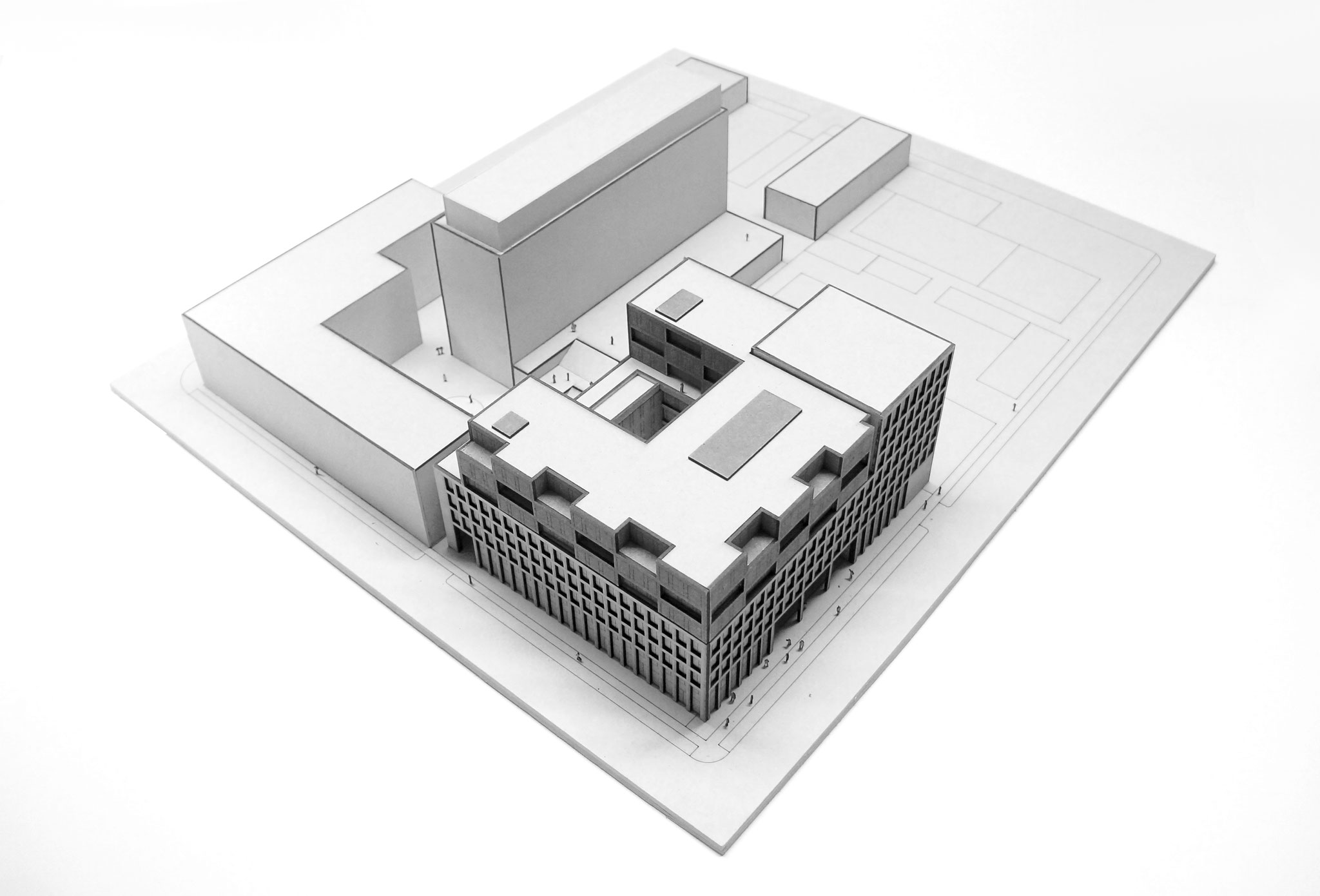 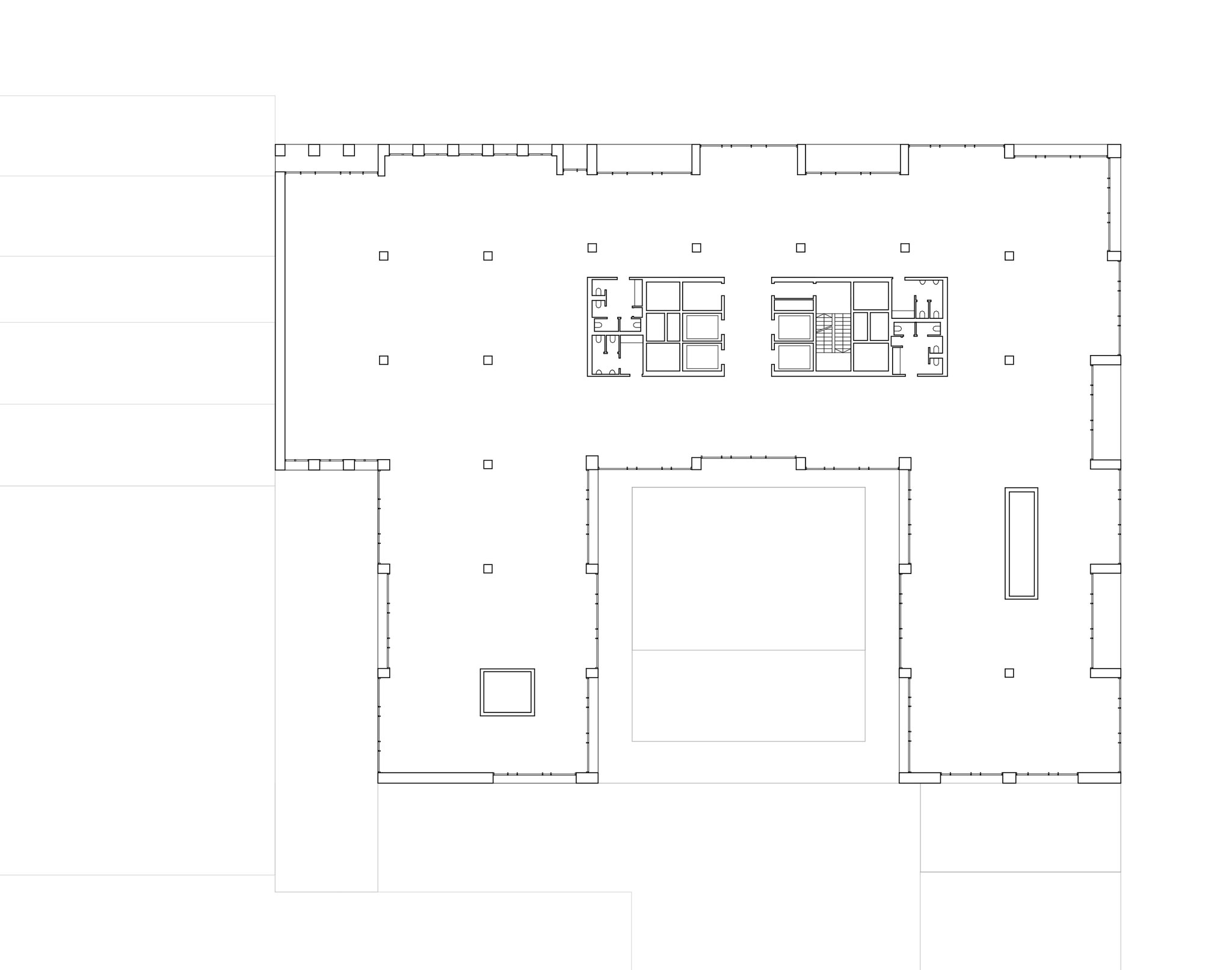 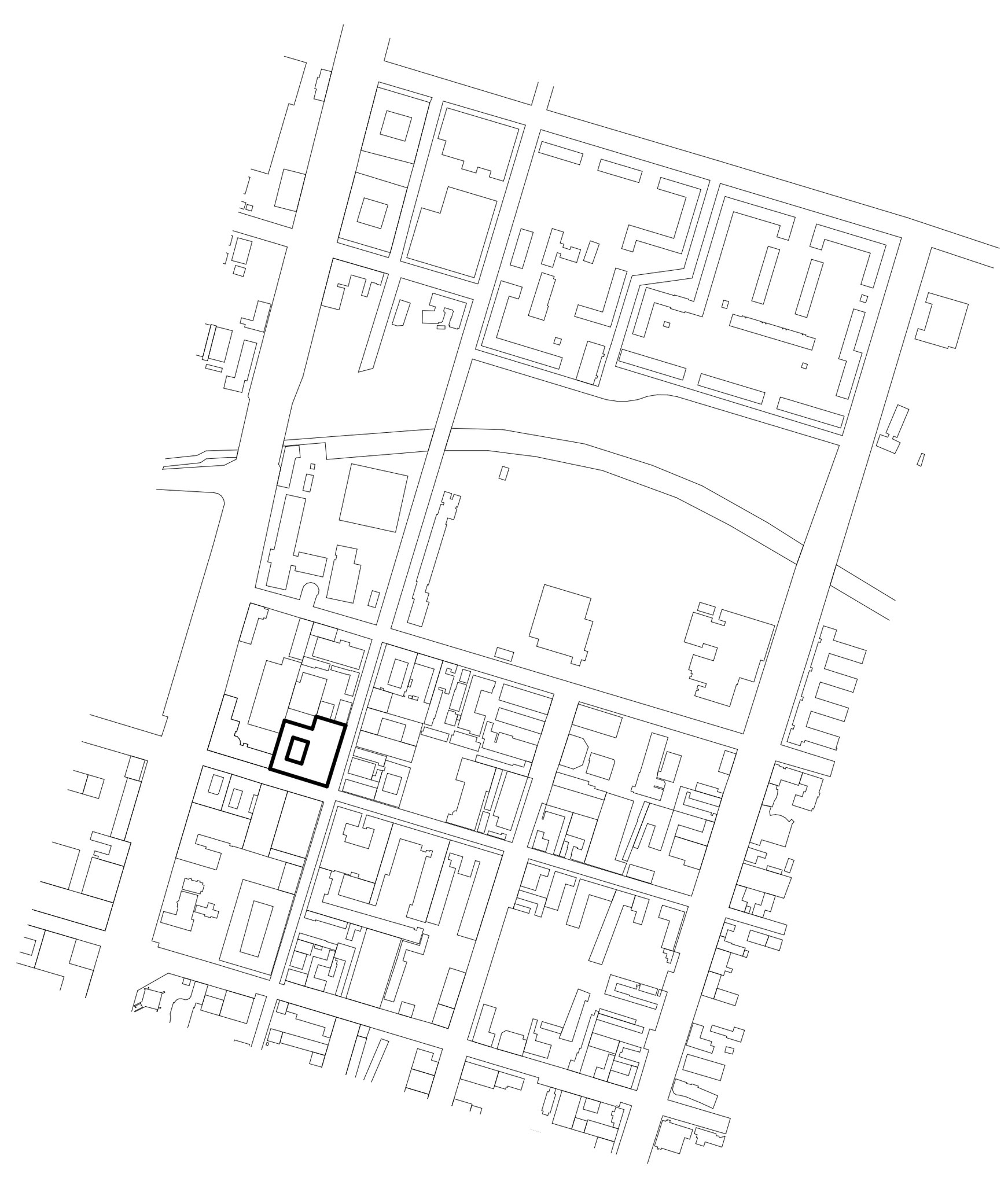